STRAIGHT FROM THE HEART – JOE FOCHT

Straight from the Heart- Joe Focht 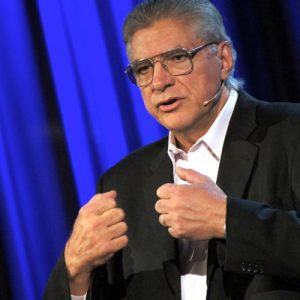 Joe Focht was born and raised in Philadelphia. After spending time in California studying under Chuck Smith at Calvary Chapel Costa Mesa, Joe felt God’s calling to return to the east coast and start a bible study.
In 1981, Calvary Chapel of Philadelphia humbly began as a bible study that met in a catering hall. The church continued to grow as God blessed the simple, verse-by-verse teaching of His Word, which is at the heart of Calvary Chapel.
In November 1984, Calvary Chapel of Philadelphia was moved out of the catering hall into an empty storefront that was formerly a gymnasium. The Sanctuary held 450 but within a month it was back to two services. Additional space became available and it increased the sanctuary to 750. The church continued to grow until finally a fourth morning services and a Saturday evening service was added. By that time it became apparent that the church could no longer remain there.
Calvary Chapel of Philadelphia moved into its present facility, an abandoned factory, in the fall of 1994 with a Sanctuary seating 2,200. At this time, there are three Sunday morning services, a Sunday night service and a Wednesday night service.
Numerous churches have been planted out of Calvary Philly, reaching this incredibly populated section of the East Coast.
In more than 20 years of ministry on the East Coast, Joe and his wife Cathy have seen their family grow to include four children, while their spiritual family continues to grow.